I’m delighted to announce that my new book of poetry, Sapo, will be published on 31 October by the magnificent Longbarrow Press. More details soon…

Charlie Connelly has chosen The Grail Roads as his book of the year for 2018.

‘Above all it is beautiful poetry, evocative and accessible, subtle and nuanced, varying in style and format to create a startlingly good piece of work that, for this writer, provides the last word on the First World Warand the commemoration of the Armistice.  The Grail Roads is, by some distance, my book of 2018.’

To all of you who came from far and wide to the launch performance of The Grail Roads.

To Brian Lewis for working so intuitively with me to produce a beautiful book.

To Ray Hearne and Matt Clegg for helping me deliver the reading with total commitment.

To Deborah Egan and all those at DINA for wonderful hosting in a great venue.

To Emma Bolland for her perfectly judged photography, both for the book jacket and for turning us into pop stars for a night.

To everyone who has bought the book (and if you’re still shopping for Christmas, look no further than Longbarrow Press and its season’s offers!).

To all those who have reviewed the book so kindly.

Thanks and Happy Christmas! 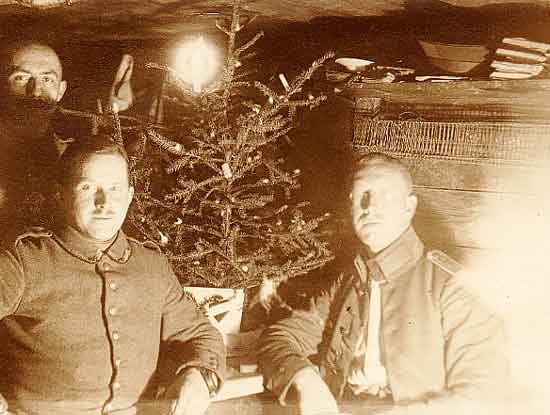 My third full-length collection The Grail Roads, published by Longbarrow Press, is launched with a performance at DINA in Sheffield. On the centenary of the Armistice that ended the First World War, I’m reading with Matthew Clegg and Ray Hearne in what promises to be a memorable event in DINA’s beautiful Jara Room. 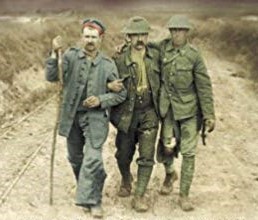 I’m delighted to say that my next collection, The Grail Roads, is to be published later this month by Longbarrow Press.  The final editing and preparation has been a real collaboration with Brian Lewis, for which I’m extremely grateful.  Thanks also to Matt Clegg, Chris Jones, Jim Ca 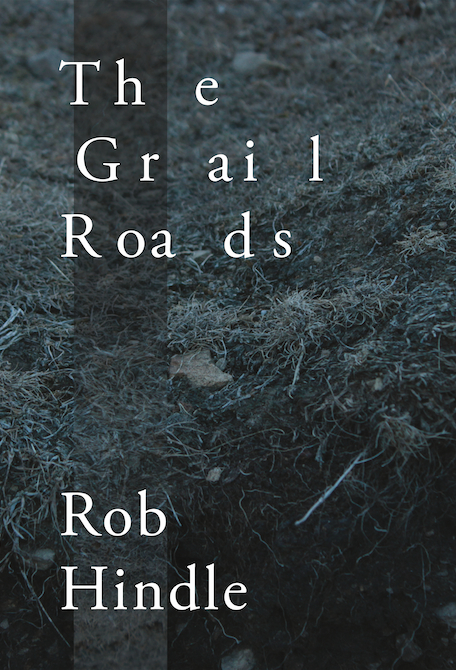 ruth and Ray Hearne for their support and creative comments on various sections and drafts, and to Emma Bolland who, with Brian and myself, tramped around the old training trenches at Redmires above Sheffield in search of the ideal image for the jacket.  Which she got, I think.

It is 100 years since the end of the First World War this autumn, so a fitting season for the launch.  Watch this space.  In the meantime, a micro-site provides an introduction to the book.

Something about birds of prey.  Far up, their eyes and shadows on the landscape, they occupy an outer world: kin to karst, moraine, arête, they are abstracts, like cave drawings.  Close by – that buzzard on that telegraph post on Skye, the kite flashing out of an orchard in an Oxfordshire village – they are startling as mummers: unlike in everything to domestic birds.  Truly, they haunt our places.

Driving from Madrid to anywhere,
the glinting, diminishing city in the mirror,
everything you love about this country

is reduced to a few roofs among the prairie,
a brown gorge chocked from the mesa
and a pair of buzzards climbing the hot air.

Millmoor, 1975, rain piling out of the night
gold in the floodlights, black against green.
Against a soldered sky the arc-flight
of a hawk, uncanny, bewildering.

That damp Welsh summer, a house
of thick-walled cold clamped at the head
of a track, the grey boles of mountains.

Each morning we watched birds a mile up
drifting in the frail sky, small as balloons
let go from a fair, sunlit and miraculous.

I’m enjoying Thomas Dilworth’s study of David Jones who, harried by a strict religious upbringing and his experiences in the trenches, suffers severe neurasthenia leading to a major breakdown and sustained mental ill health.  In this context, it is both remarkable that he was able to realise his masterwork, In Parenthesis – and unsurprising that he describes its symbolic arc as transcendental.

Crossing similar terrain (somewhat unwittingly – I read Jones for the first time, and in snatches, while writing a long sequence of poems called The Grail Roads) I was always clear that the trajectory for my work would offer a very different perspective.   Like Jones I draw heavily on Malory (though his chief source is the Morte D’Arthur whereas mine is the Sankgreal); but for me, the end of the road is just that: the tragic death of soldiers isn’t alleviated by faithful glory.

Of course, that’s easy for me to say: I wasn’t there. Men who came back had to live out their lives however they could. In Jones’ writing – and painting – ghosts are also angels.   The ghosts  in my poems haven’t moved on.

A JUNCTION
After Edward Thomas

Bors stirred at the jolted stop –
some empty platform outside,
bare sky, line curving towards trees
and a low building.  The guard

passed down the train; someone
in the next compartment spoke to him.
Steam filled the window, cleared;
a cough repeated like an engine.

There was no sign on the platform
and in the late daylight the place
looked drab and somehow ruined.
Then a bird called, close and startling;

and Bors thought of what he might say
to Arthur when he saw him.  Galahad
bydde him remember of this worlde unstable:
better, perhaps, than how and why he died.

At Grace, heads bowed at the table,
they keep their eyes open,
hands knit, chins resting on them.

The lamp burns behind the colonel’s head.
He drops a little, starts, clears his throat,
leads the Amen.

Amen. The soup is brought up
and bread broken. There is good wine
of course, but no song

only conversation, well-informed
and ignorant, knowing the names of battles
but not who died in them.

Artists and writers are, I guess, utterly bewildered.  As my friend Mark says, Farage + Ferrero Rocher = the death of satire.  Perhaps we should go along to ComicCon for some answers.  Or the Old Testament.  Or to Cormac MacCarthy, who writes like the Old Testament.  As did American writers like Hawthorne and Melville in the 19th century.

Auden got a bit bewildered, sitting in his bar in NY after Spain feeling craven and wretched.  Maybe he thought the new world was still forging heroically.  (He should have asked Hemingway.)  Or maybe it was that Yorkshire rain that just got to him.

Hockney went West, too – but further, and with more optimism.  Now he’s back, of course.  And the same dream/drug-light that rippled across his LA pools glared through Godfather 2 – another segue that reminds me of the Trump / Farage Doors of Corruption photo-op.

So what now? Unfortunately, what happens in Vegas / Hollywood / Trump Tower looks like happening everywhere else.  Our city library will soon be a 5-star hotel.  30s memorabilia is back – as are warrior monks.  I might have to go back to Black Sabbath.  Ah, the 70s.  At least we knew we were lost in a wood.

And so on the morne he harde his masse and toke hys armys
and so toke hys leve, and mownted upon hys horse and rode
into a foreyst and helde no hygheway.

Coming up into morning the stumbling men, bayonets lit, blind,
newborn, shambling then charging the three flat furlongs, turf levelling
and buckling, the clatter out of the wood ahead and each fall a thinning
and a sharpening of the summer.
‘There they go!’ someone says.
And the dwindling line walks into the smoke and disappears.

So they began a grete turnemente, and every hurteled with other…
And at the laste… were putte to the wars.

At the wire they gather, bunched as women at a trodden well.
They all come in and are shot there, surprised or grim with heads down,
a pile up. None pass through; some swing on the wire like sails.

In each crater, bodies, dropped fruit from a harvest, husked in grey and khaki.
Thick hands of fingers, legs lopped away, heads, some in tin hats, some loose.
In one hole full of water, an arm stuck out, swordless, slopped gently.

Down the tunnels the candled miners creep, listen, the stretched front man
lunging his bayonet, the earth-face like old cheese, clay chocks to be passed over
necks and bellies, the cold whiff, mould. Always water in that black place,
the walls sweating and running, drips and wrist-deep pools.
Dirty, faceless, they offend the officers, no salutes, unutterable.

One village and its great elms thrown a mile from the earth: a parish gone,
deep roots ripped from the country leaving a socket, vast and extinct.
Through the morning the dead roll in and the half dead.
A great moted eye, raw, unblinking, glaring at an empty sky.

And for grete pryde thy madest grete sorowe.

At the foot of a cross by the village end they put a machine gun
and wait, no birds, silence, sun flickering the wood.
They shoot them just as they are, walking, familiar as deer.
They fall, sit in the road.  A hundred and fifty nine: like a village ended.